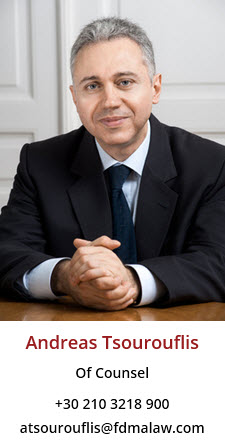 Andreas joined the firm in 2014

His practice focuses on international and Greek tax law. He advises foreign and domestic clients in all fields of taxation, such as corporate taxation, transfer pricing, capital markets taxation, energy taxation etc.

He also conducts tax litigation before courts of all instances.

Bar Admissions
Member of the Athens Bar Association since 1994. Qualified to practice before the Council of State.