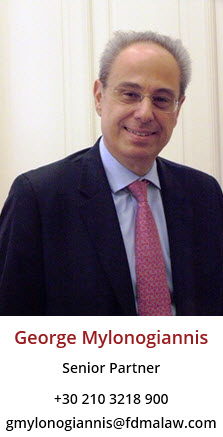 George is a founding partner of the firm

He is the firm’s Managing Partner and head of the firm’s arbitration and public contracts division.

Prior to joining the firm, George worked:

Bar Admissions
Member of the Athens Bar Association since 1993. Qualified to practice before the Supreme Court.