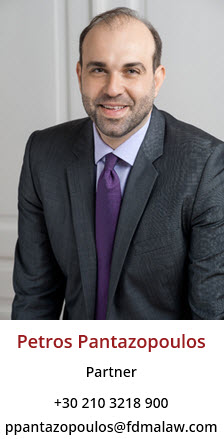 Petros joined the firm in 2006 and is a partner

He is the Head of the Firm’s tax and administrative law practice.

Besides his native Greek, Petros speaks English and German.

Petros is also a frequent speaker on issues of Greek tax law.

Member of the Athens Bar Association since 2002. Qualified to practice before the Supreme Court.